Are You A Road Rage Accident Victim? 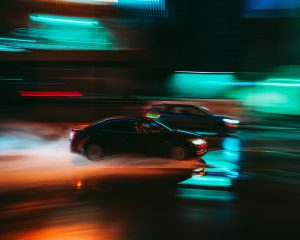 What is a Road Rage Accident?

The National Highway Traffic Safety Administration (NHTSA) determined a road rage accident occurs when an individual commits a combination of moving traffic offenses so as to endanger other persons or property. According to GEICO, these maneuvers can include:

One study revealed that nearly 80 percent of drivers expressed significant anger or aggression behind the wheel at least once over the course of the prior year. According to the Insurance Information Institute, aggressive driving played a role in 56% of fatal crashes from 2003-2007.

The following are 5 road rage statistics reported by Drivers Ed:

1. 53% of Drivers Think Speeding is Acceptable

53% of all drivers believe it is acceptable to drive 10 mph over the speed limit and it is not a form of aggressive driving. The remaining drivers, who believe speeding is unacceptable, stated that they feel less comfortable around drivers who speed and believe that they are more likely to be involved in a car accident.

While speeding may not directly mean a person is driving aggressively, speeding can exacerbate other dangerous driving behaviors, such as tailgating, failing to signal, weaving between lanes, etc.

About one third of car accidents can be linked to road rage behaviors such as speeding, changing lanes without signaling, tailgating, and illegal maneuvers.

Road rage is an easily preventable mindset, yet far too often does this mind set lead to murder. 30 people are murdered per year on average due to the actions of raod rage drivers. While 30 murders per year may not seem like a lot, you must remember that this statistic only relates to murders, it does not relate to the tens of thousands of people that are negligently killed every year due to the actions of road rage drivers.

Stolmeier Law is a family owned and operated law firm. We have helped road rage accident victims, and other personal injury victims, in San Antonio and South Texas for over 38 years. We understand the games insurance carriers play to give you pennies on the dollar. Stolmeier Law will stand with you shoulder to shoulder during your personal injury suit. Unlike the big tv law firms,  we will not pass you down to the most inexperienced and overworked attorney in our firm. We will treate your case as if we were the ones injured. So if you or a loved one has suffered life changing injuries in a road rage accident, contact Stolmeier Law. Let this family fight for you.