Home/Blog/Other Driver Does Not Have Insurance? 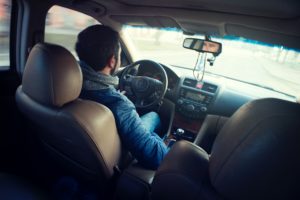 If you are involved in a car accident and the other driver does not have insurance, rest assured, Stolmeier Law is here to fight for you.

TDI reports driver’s caught without insurance face first time fines of up to $350 plus court costs. Additional offenses can result in fines up to $1000, a 2-year driver’s license suspension, and car impoundment. When a driver does not have insurance and  causes an accident, that driver can be held 100% liable.

An uninsured motorist is a motorist who chooses not to abide by Texas laws and refuses to purchase automobile insurance. Texas does not require drivers to purchase uninsured or underinsured motorist coverage (UIM), but Texas requires insurance companies to offer this additional coverage to you. It is a wise choice to purchase UMI coverage considering the number of uninsured drivers in Texas is estimated at 4 million people, or between 20 and 25 percent of Texas’ population.

An underinsured motorist is a motorist who complies with Texas’ minimum automobile liability insurance laws, but the insurance coverage is inadequate to fully cover your injuries.

Stolmeier Law has served car accident victims, including victims hit by uninsured or underinsured motorists, in San Antonio and South Texas for over 35 years. Stolmeier Law is dedicated to recovering you as much compensation as possible for your car, motorcycle, commercial truck, work truck, or 18-wheeler accident. So if you or a loved one has been seriously injured in a car accident, Call Stolmeier Law.